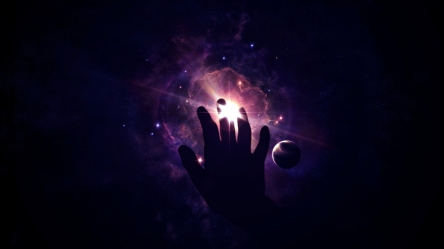 “One last thing, Mr. Fanning . . . can you confirm you’ve opted for cremation?” Al nodded at the woman across the desk, not trusting his voice.

She swiped through the on-screen documentation with a manicured finger before folding her hands primly and announcing, “Very nice. Mr. Fanning, everything is in order. Thanks again for choosing Ideal Destinations, and we sincerely wish you a happy and peaceful departure,” she chimed, her blonde hair swinging with the tilt of her head. He studied her sickly sweet smile, practiced a thousand times over, with unabashed intensity. It was a thing he’d found himself doing ever since the diagnosis, as if being terminally ill meant he didn’t have to go on being polite. He wanted to kiss her perfectly lipsticked mouth, take a woman in his arms one last time. The thought made him sharply self-aware of his balding shiny forehead and the paunch that wouldn’t budge no matter how many beers he gave up. At least that part he could blame on the tumor. How many others had sat in this chair and thought these same thoughts?

The woman cleared her throat with a professional little cough, “Are you ready, then, Mr. Fanning? It’s all up to you now, unless you wanted the default option. Some clients prefer to have their destination chosen for them. But I was under the impression you did have a preference . . .”

Al recovered from his wandering thoughts, “No, you’re right. I’m ready—if you could just walk me through it, you know . . .”

She flashed that smile again, faintly patronizing, “Of course. If you’ll follow me.”

Al walked behind her down a narrow hallway, its walls lined with photos of clients smiling or waving, one man giving a hearty thumbs up. Each stood in front of a white door, their hand poised enthusiastically on the knob. He felt a pull of cynicism and let his eyes wander back to the woman in front of him. What a view; at least she gave him that much.

All too quickly, she was ushering him into a small room with only a wall screen, a chair, and another door; the white door. Al swallowed hard, a sour taste on his tongue.

The blonde turned to him with a smile, those red lips, “It’s simple from here, Mr. Fanning, just review your approved options, make your selection, and then walk through to your destination.” She pointed almost languidly at the white door, as if it were all so routine. And, of course, for her it was.

Al nodded and stuck out his hand, which to his horror trembled visibly, “Thanks so much, you’ve made this process—smooth. I, uh, appreciate it.”

She accepted the handshake, her fingers warm and silky. For the last time, thought Al, stinging and breathless. And then his hand was empty again. She stepped back from him and said, “Take all the time you need, and have a pleasant journey, Mr. Fanning . . . I promise you won’t feel a thing.”

Al was alone then. Strange, how much he hated being alone at this moment; it had never much bothered him before. He took a deep breath, squeezed his eyes and his fists shut once, quickly, to steady himself. Then he took his place before the screen, illuminated instantly by his presence.

“Welcome to Ideal Destinations, Mr. Fanning, I’ll assist you with your selection,” said a soothing voice, not unlike the blonde woman’s. The screen displayed a virtual stack of papers, each with a photo and a short list of bullet points. “Here are your approved destinations, Mr. Fanning. Take your time reviewing each option and let me know if you have any questions. To make your selection, press the green button on your destination page, step through the door to your right, and you’ll be on your way!”

Easy for you to say, he thought bitterly. Al was pleased to see, though, that the small fortune he’d paid had earned him quite a lot of options. Maybe this wouldn’t be so bad after all. But as he swiped through page after page of stunning mountain views and pristine beaches promising rarified air or unpolluted waters, the little flicker of hope was extinguished. He’d seen it all before. The one perk of the job that had left him so unattached was that he’d seen nearly every exotic corner of this wide world. Well, what did you expect, asshole? Mars? Heaven? He barked a stupid little laugh.

Escape, that’s what he’d been hoping for. To escape the inevitable oblivion. But of course, there was no amount of money that could buy him that sort of destination.

Al’s finger went on swiping lazily, through one page after another, and he soon grew bored with the seductive brightness. But then he stopped suddenly, his finger hovering above the pane, eyes transfixed. Here it was, a place he hadn’t been before, could not possibly have visited. Across the screen yawned a black expanse sprinkled with stars, with a swirling nebula blossoming in the center. Planets were lined up like billiard balls and a bright star pulsed beneath his fingertip. Al didn’t bother reading the description. It was the one new thing that beckoned him; he didn’t even need to see the other destinations. His finger traced the glowing orb reverently and then he pushed the green button. The screen asked him to verify his selection, which he did without hesitating. The lights dimmed. The white door was shining, drawing him forward; and as he stood before it and grasped the handle, his fear was only a blip. Al opened the door and stepped calmly through into the unknown.

I’m just afraid my memory is telling the truth.

Everyone tells me to paint, to keep painting because it’s what I’m good at and they’re tired of me not being good at anything.

They don’t get me. That’s okay. I don’t really get me either, or this super-freaky ability to create life through paintings. Most people leave paint on canvas, but my paint seeps until it morphs and I can touch the universe with my hands.

Or at least, I did once.

I was seven when I got my first set of paints. That was in my planets-are-cool stage where I was obsessed with Mars and aliens and anything in between. I ripped the plastic off the paints, still wearing my paper party hat and ran to my little easel near the window. I dipped the brush, picking up a thick glob of black, and began to draw the vast and infinite space that had kept me so captivated.

I dotted space with white stars, purple planet formations, orange and yellow streaks. It was like a sunset in the night sky. When I looked at my painting I knew I wanted to touch space. I wanted to hold it in my hands like I was God. I wanted to run my fingers on the surface of Neptune and hold the entire Milky Way in my hands. I wanted to feel bigger than space.

My fingers stuck to the wet paint, then sank into the page, past the surface. The world beyond the canvas felt like a pool of water. I pulled back quickly and looked around for my parents.

But they hadn’t seen. I touched it again, this time putting my whole hand through. I looked around, but I was still alone.

This was my secret.

I was bigger than space.

I didn’t paint in public anymore, which was problematic for my art teacher. I’d do anything but paint. Her eyes
lit up when I worked with clay or paper mache. But painting? I wouldn’t budge. I couldn’t risk anyone discovering my secret.

Mrs. Applegate put a disapproving hand on her hip. “If you’re not going to paint then clean up the art room.”

I waited until the bell rang and everyone had left to go home. I was about to pick up the paintbrushes and wash them in the sink, but instead I made sure the door was shut and walked over to my canvas.

I painted the stars.

I painted the dark sky.

I let it dry and focused my attention on the canvas. I had tried to put my hand in the painting so many times since I turned seven, but it never happened again. I started to question my own sanity. Was I making it up? Did I just like the attention? God, did I
have a God complex?

I exhaled and placed my fingertips against the purple surface. All I felt was hard canvas, and nothing more. No matter how hard I pushed, my fingers never went through.

In science class we’d learned about how a solid cannot take up the space of another solid. My hand was solid and so was my universe.

I washed the paintbrushes and left.

I didn’t try again until I was seventeen. I held a form in my right hand to sign up for the military, and my paint set in my left. If I was going to be a man, I needed to put my ridiculous imagination behind me. I needed to stop convincing myself of what I saw that day and accept reality.

Playing God is not.

I set the form down on the table and opened my paints. Once again I streaked the canvas with black, white, purple, orange, blue. This painting was my best yet, shaped by years of practice and honing my craft. I might have even been called an artist then.

I breathed in, then out. I prepared my mind to feel the back of the canvas, to accept its solidity this time. My hand would not go through. I would move on with my life.

Before I touched the paint, I added one more thing. I used peach to color her pale skin, red for her lips, and green for her eyes. The woman I painted was floating through space, her brown hair spread out wildly in the anti-gravity vortex. When she was finished, I knew what I had to do.

I touched the paint and it stuck to my fingers. It was wet and cool and familiar. My fingers seeped into it as if it was thirsty for my touch. And then, my fingers went past the canvas, into the infinite pool that laid beyond.

My hand was inside the painting.

Something inside of me rejoiced. The seven-year-old inside of me was redeemed. I put my hand through as far as I could reach, and then a little further.

I strained as my face pressed against the part of the painting I could not pass through – the unpainted part. I stretched and  stretched, longing for my fingers to reach a little further.

And then I felt it. Five long, thin and dainty fingers reaching back toward me.