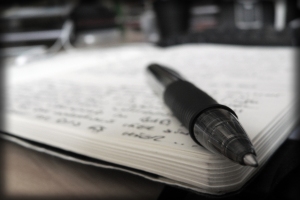 Granted, I don’t write erotica. But there’s a certain amount of fear associated with going public with your writing – a fear that I had no idea existed until I received word that some of my work would be published.

This moment went about the way I imagined.

A squeal. An onslaught of text messages. A Facebook status update. Everything was wonderful and I was up in the clouds until… I realized being published means that people can actually read your work.

My writing has always been private. Since college I have joined several critique groups, but even still, my writing doesn’t make it past 10-15 sets of eyes. My pieces have never gone WORLDWIDE on the Interwebs.

This… this is a whole new level of transparency.

And that’s when I realized that writing takes balls. It’s one thing to write your heart out, it’s another thing to show it to someone.

I started to make a mistake once people congratulated me on my achievement. I started conceding my accomplishments with excuses. I said that my writing wasn’t what I normally wrote. That it was extra snarky and I didn’t know if people would like it.

But what I realized is that apologizing for expressing yourself violates the basic reason to write. It is an art form. I never heard J.K. Rowling apologize for putting witchcraft in her books. And I’m not going to apologize for what comes from me freely, whether it is something raw and gritty and transparent, or something light-hearted and sarcastic.

All of my writing is a facet of me.  And going public just means owning who you are, and what you’re capable of.

3 thoughts on “It Takes Balls to Be a Writer”